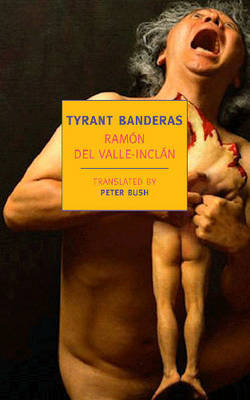 The first great twentieth-century novel of dictatorship, and the avowed inspiration for Garcia Marquez's The Autumn of the Patriarch and Roa Bastos's I, the Supreme, Tyrant Banderas is a dark and dazzling portrayal of a mythical Latin American republic in the grip of a monster. Ramon del Valle-Inclan, one of the masters of Spanish modernism, combines the splintered points of view of a cubist painting with the campy excesses of 19th-century serial fiction to paint an astonishing picture of a ruthless tyrant facing armed revolt. It is the Day of the Dead, and revolution has broken out, creating mayhem from Baby Roach's Cathouse to the Harris Circus to the deep jungle of Tico Maipu. Tyrant Banderas steps forth, assuring all that he is in favor of freedom of assembly and democratic opposition. Meanwhile, his secret police lock up, torture, and execute students and Indian peasants in a sinister castle by the sea where even the sharks have tired of a diet of revolutionary flesh. Then the opposition strikes back. They besiege the dictator's citadel, hoping to bring justice to a downtrodden, starving populace.
Peter Bush's new translation of Valle-Inclan's seminal novel, the first into English since 1929, reveals a writer whose tragic sense of humor is as memorably grotesque and disturbing as Goya's in his The Disasters of War.

RAMON DEL VALL-INCLAN (1866-1936) was born into an impoverished aristocratic family in a rural village in Galicia, Spain. His first book of stories came out in Spain in 1895. Valle-Inclan was celebrated as the author of Sonatas: The Memoirs of the Marquis of Bradomin, which was published in 1904 and is considered the finest novel of Spanish modernismo, as well as for his extensive and important career in the theater, not only as a major twentieth-century playwright but also as a director and actor. PETER BUSH is an award-winning translator who lives in Barcelona. He is currently translating Quim Monzo's A Thousand Morons and Josep Pla's The Gray Notebook (forthcoming from NYRB Classics). ALBERTO MANGUEL is an Argentinian-born Canadian essayist and novelist. He has written twenty works of criticism, including The Dictionary of Imaginary Places (with Gianni Guadalupi), A History of Reading, and The Library at Night.